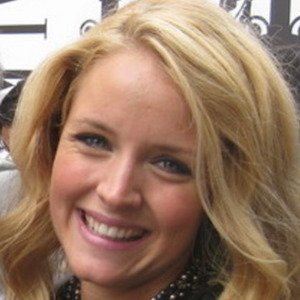 Dutch actress whose breakthrough came in 2007 when she began playing Vicky Pouw on the soap opera Good Times Bad Times. She has since appeared in films like 2012's Cop vs Killer and done voiceover work for several Disney XD movies, including Barbie in A Mermaid Tale.

She was born in Harderwijk but later moved to Haarlem. She was a child model for various clothing brands.

She published her first children's book, Soapsop, in 2015.

She appeared with Michiel Huisman in the film Floris.

Liza Sips Is A Member Of