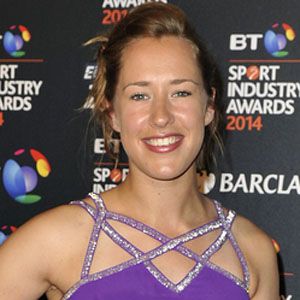 Skeleton racer who won a gold medal at the 2014 Winter Olympics in Sochi.

She began her career as a heptathlete, before being introduced to skeleton racing in 2008, and competing in the sport in 2010.

She was the winner of the 2013-2014 Skeleton World Cup, finishing on the podium in all but one race.

She was born in Sevenoaks, Kent, England.

She began her athletic career after being inspired by watching heptathlete Denise Lewis.

Lizzy Yarnold Is A Member Of