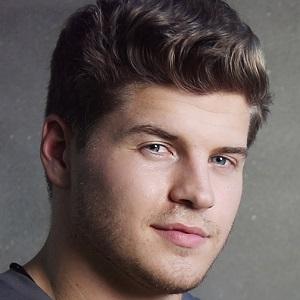 Lead vocalist, harmony vocalist, drummer and guitarist for the all-sibling band The Cains Trio, who released a debut album called Stay on Board, featuring the single "Be Yourself with Me."

He was able to overcome his shyness when he began performing in front of people.

He earned a degree in broadcast journalism from Troy University.

He is the youngest Cain in the The Cains Trio.

He performs alongside his siblings and Taylor Cain in The Cains Trio.

Logan Cain Is A Member Of