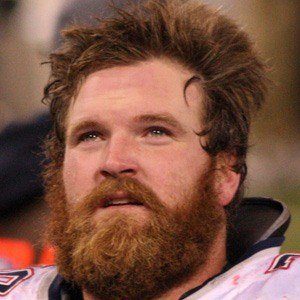 NFL offensive guard who was drafted in the first round of the 2005 NFL Draft by the New England Patriots.

He played at Fresno State University, where he became the first offensive lineman in school history to win the team MVP award.

He scored a touchdown in the Patriots' AFC Championship Game against the Indianapolis Colts by recovering a fumble in the endzone.

He was born in 1982 in Catheys Valley, California.

He began playing for legendary head coach Bill Belichick in 2005.

Logan Mankins Is A Member Of