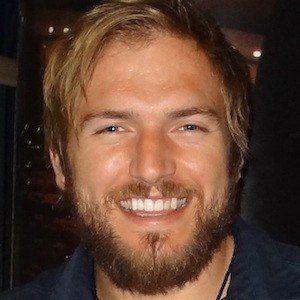 Country music singer who began earning substantial attention with his 2012 sophomore LP, Nobody in Nashville and furthered his fame with the 2015 EP Pawn Shop Guitar. He has been featured as an opening act for some of country music's biggest names, including LeAnn Rimes, Dierks Bentley and Blake Shelton.

He grew up in Clearwater, Kansas.

He and his band can be seen performing in an episode of the CW series Hart of Dixie.

He married fellow country singer Jill Martin, with whom he has a son named Lincoln. His uncle is acclaimed steel guitarist and singer Billy Mize.

His song "Mexicoma" was covered by Bucky Covington for the album 2012 album Good Guys.

Logan Mize Is A Member Of