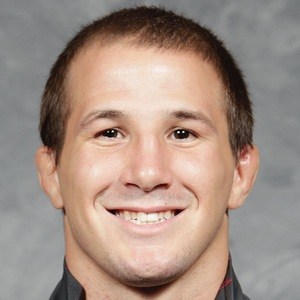 Amateur wrestler best known for winning the NCAA Division I championship four years in a row from 2012 to 2015. Additionally he was named the NCAA's Most Dominant Wrestler in 2015.

He led the Ohio State Buckeyes to their first national championship and finished his NCAA career with 119 wins to 3 losses.

He was born in Monroeville, Ohio to Tina and Jeff Stieber. He has a brother named Hunter.

Logan Stieber Is A Member Of