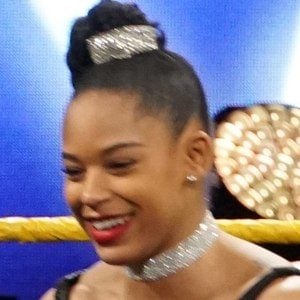 Professional wrestler who is recognized for competing in the NXT division of the sport. In June 2016, she defeated Aliyah to qualify for that year's Mae Young Classic event.

She was an All-SEC track and field performer at the University of Tennessee.

She was known to perform the finishing moves Hair Whip and 450 Splash.

She is married fellow wrestler Montez Ford in June 2017.

She received training from Sara Del Rey at the WWE Performance Center.

Bianca Belair Is A Member Of