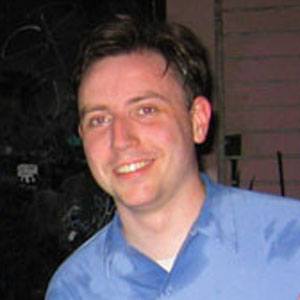 Drummer best known for his work with the California bands Little Tin Frog and The Velvet Teen. He died tragically due to complications from a brain tumor in 2006.

He first recorded with The Velvet Teen on the 2000 release Comasynthesis/The Great Beast February.

Since he was known for the comedic elements in his music, the Logan Whitehurst Memorial Award for Excellence in Comedy Music was created in his honor.

He has a younger sister named Emily.

He appeared on The Velvet Teen's 2002 album Out Of The Fierce Parade, which was produced by Chris Walla of the band Death Cab For Cutie.

Logan Whitehurst Is A Member Of