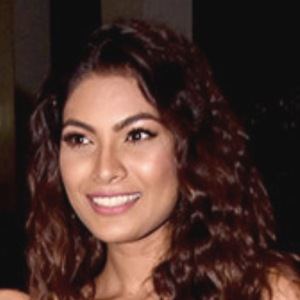 Indian model who was the second runner-up at the Miss United Continents 2016. The same year, she joined the tenth season of the reality series Bigg Boss.

She attended G. H. Raisoni College of Engineering and Management where she received her degree in electrical engineering.

In 2015 she was the winner of Yamaha Facino Calendar Girl.

She and Rohan Mehra both competed on Bigg Boss 10.

Lopamudra Raut Is A Member Of