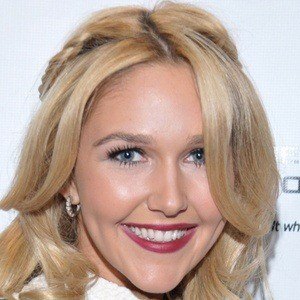 Stylist and designer most well known as a competitor on E!'s Catching Kelce. She first rose to prominence in 2012 when she appeared on TLC's Brides of Beverly Hills.

She earned a degree in public relations from California State University Long Beach and went on to work as a celebrity stylist for Bai Ling, Terrell Owens, and Dawn Richards.

She is the owner and designer of the Los Angeles clothing brand Leo Luv.

Her boyfriend, Thomas Ishak, is a Texas native. Her ex-boyfriend, Jim Mullin, was a clothing designer.

On the E! network series Catching Kelce, she competed for the heart of NFL player Travis Kelce.

Loreina Corwin Is A Member Of