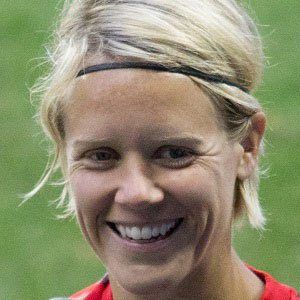 She played college soccer at the University of Virginia.

Prior to joining the American women's senior national team, she played for their under-17 and under-21 teams.

Her parents divorced at a young age, and she lived with her mother growing up.

She played alongside soccer great Mia Hamm on the Washington Freedom in the WPS.

Lori Lindsey Is A Member Of