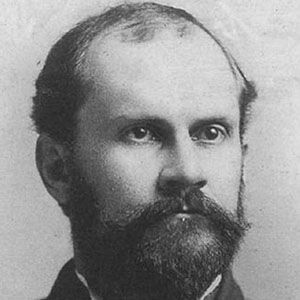 Leader of the Hawaiian faction that argued for a U.S. annexation of the islands, and was a key figure in the overthrow of Hawaii's monarchy. He also notably helped found a National Park to preserve the Hawaiian Volcanoes.

A fiery speaker in the Hawaiian legislature, he argued for an end to the monarchy, and accused government officials of corruption.

When his calls for reform fell on deaf ears, he formed a government in exile in the U.S. and urged the U.S. to support his work to overthrow Queen Liliuokalani.

He was born in Honolulu, Hawaii, the son of American missionaries.

His work in the U.S. directly opposed the calls by Hawaii's heir the throne, Victoria Kaiulani , for Hawaii home rule.

Lorrin A. Thurston Is A Member Of