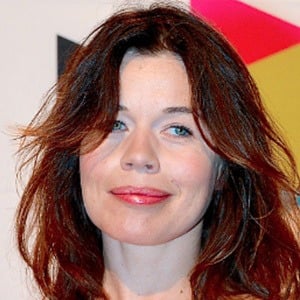 Swedish television host and food writer who is best known for her work hosting the programs Landet Brunsas and Historieatarna on the SVT network. She is also known for her work as a copywriter and advertising executive and has won several awards for her cooking blog If I Was Your Housewife.

She started her career as a writer working with the Forsman and Bodenfors agency. She assisted as a co-writer on her first cookbook in 2004 which started her passion for food writing. She then went on to start her own blog where she posted recipes, cooking tips, and other food related content.

She has won several awards for her writing including the Swedish Meal Literature of the Yeat in 2014, The Hiram Prize in 2012, and the gold medal at the Cannes Lions International Advertising Festival in 2002.

She was born and raised in Tuve, Sweden, a suburb of Gothenburn, She has two children who were born in 2006 and 2007.

She is known for having hosted the television program On the Hunt with Lotta and Leif alongside fellow journalist and writer Leif GW Persson on the SVT network.

Lotta Lundgren Is A Member Of