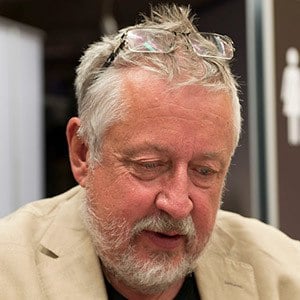 Swedish award-winning novelist who is known for his work in crime fiction and for working as a criminologist. He is best recognized for his novels He Who Kills the Dragon Falling Freely and Grisfesten.

He started working for the Swedish National Police Board in 1977 where he gained attention as a whistleblower connecting Prime Minister Olof Palme to a prostitution ring. He was fired for his work and went on to lecture at Stockholm University. He published his first novel in 1992 based on the experience.

He won the Best Swedish Crime Novel Award multiple times including for Samhallsbararna in 1982 and Den Doende Detektiven in 2010 by the Swedish Crime Writers' Academy.

He was born and raised in Stockholm, Sweden and shared a photo with his daughter Malin through Instagram in November of 2018.

His novel was the inspiration for the American television series Backstrom which starred Rainn Wilson.

Leif GW Persson Is A Member Of