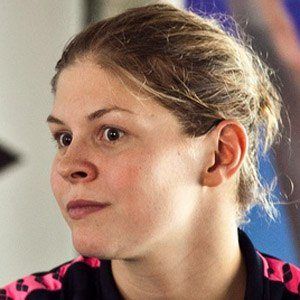 Swimmer who won a bronze medal in the 800M freestyle at the 2008 Summer Olympics.

She was an accomplished teenage swimmer before experiencing great international success as a 20-year old.

She won gold in the 800M freestyle at the 2009 World Championships, with the second-fastest time ever recorded.

She was born and raised in Blovstrod, Denmark.

She was the 2009 Danish Sports Name of the Year, winning the award a year after tennis star Caroline Wozniacki.

Lotte Friis Is A Member Of