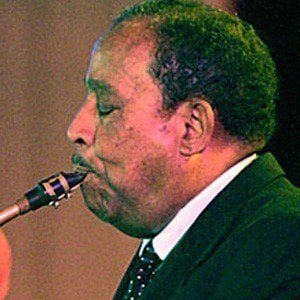 Soul and blues alto saxophonist and North Carolina Music Hall of Fame inductee who was heavily influenced by the work of Charlie Parker.

He was enlisted in the U.S. Navy during World War II and became interested in the bop music scene in Chicago when he was training at the Great Lakes bases.

He has released more than fifty recorded albums over the course of his life.

He was born and raised in Badin, North Carolina.

He recorded with Thelonious Monk in 1952.

Lou Donaldson Is A Member Of