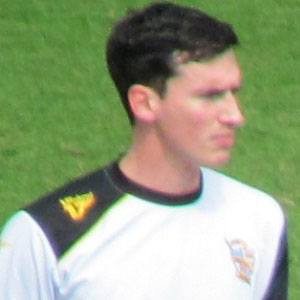 He played in the youth systems of Ratby & Groby and Leicester City before making his senior debut in 2006.

He was named Man of the Match for his performance in the win over Crawley Town in December 2014.

He is one of four children. He has been married and has a son.

He has played with English goalkeeper Chris Neal at Port Vale.

Louis Dodds Is A Member Of