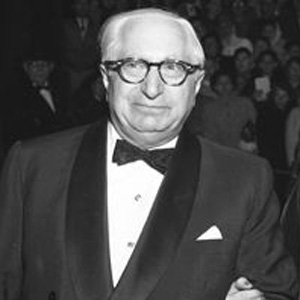 Producer and owner of Metro-Goldwyn-Mayer (MGM), which made stars out of Clark Gable and Fred Astaire.

He renovated a theater called The Orpheum in 1907.

He was portrayed by Howard De Silva in Mommie Dearest, the 1981 biopic about actress Joan Crawford.

He had two children and was married several times. His last marriage was to Lorena Layson in 1948.

He elicited different opinions from stars: some, like Katharine Hepburn, liked him, while others, like Elizabeth Taylor, thought he was a monster.

Louis B. Mayer Is A Member Of