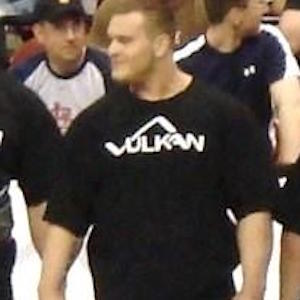 Strongman who has competed internationally at events like the World's Strongest Man and All-American Strongman Challenge competitions. In 2008, he became the youngest person ever to win the title of Canada's Strongest Man.

He began competing as a strongman at age 17 and won the Quebec Cup at just 22 years old.

He married Kim Des Besquet in 2011. He has a daughter named Marie-Soleil Dumais.

He and Terry Hollands both competed at the 2011 World's Strongest Man competitions.

Louis-philippe Jean Is A Member Of