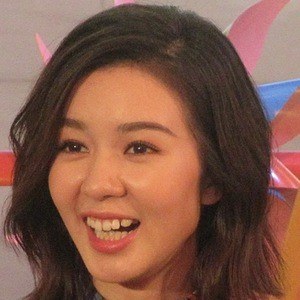 TV actress who appeared in the film L for Love, L for Lies Too, which was released in December 2017. She has more than 430,000 followers on her louisa_mak Instagram account.

She received a bachelor's in law from the University of Cambridge where she was named Miss Photogenic.

Her parents are Simon and Silvia Mak.

Louisa Mak Is A Member Of