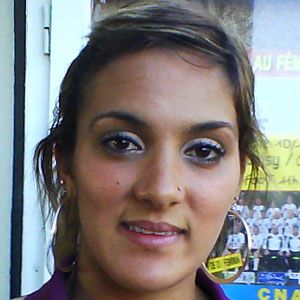 French women's midfielder known for her extraordinary passing skills and soccer IQ who debuted professionally in 2004 and began playing for France's senior national team in 2005.

Her parents are Algerian, and she has a brother and sister.

She is frequently compared to French great Zinedine Zidane for her similar background and skillset.

Louisa Necib Is A Member Of