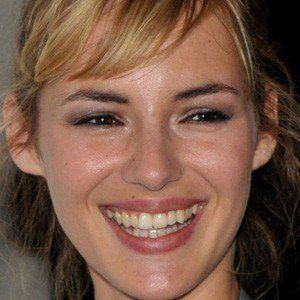 Famous for her Cesar Award-nominated role in the 2008 film The Girl from Monaco, Bourgoin is also notable for hosting a television program called Kawai! and for appearing in films such as Mojave (2014) and Black Heaven (2010).

Before beginning her entertainment career, she attended the Ecole des Beaux-Arts and worked as an art teacher and a model.

She briefly hosted the weather segment of the Canal + program Le Grand Journal with Michel Denisot.

Born Ariane Louise Bourgoin, she grew up in Vannes, France, as the child of two teachers.

She and Timothy Spall were both in the cast of the 2013 comedy movie The Love Punch.

Louise Bourgoin Is A Member Of