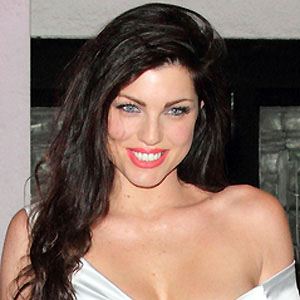 Miss Manchester 2006 who also played a leading role in the film Wrong Turn 3. She also starred on the 2011 season of Big Brother's UK version.

She was a Manchester United Soccerette on the sports show Soccer AM before becoming a full-time model.

She was among the four final contestants of the Big Brother UK reality series in the 2011 season.

She married John McKray, whom she met on the set of Big Brother UK.

While she placed in the final four during Big Brother UK, it would be Craig Phillips who won the season.

Louise Cliffe Is A Member Of