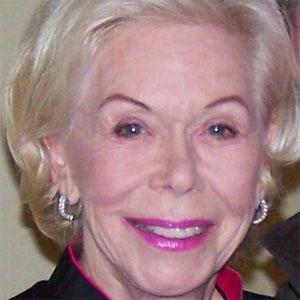 Most famous for her bestselling self-help book You Can Heal Your Life, this writer and motivational speaker also published several other inspirational works, including The Power is Within You and Living Perfect Love: Empowering Rituals For Women.

During her early years, she suffered through a series of traumatic events, including an assault, an abusive home situation, and a teenage pregnancy that forced her to give her child up for adoption.

In the late 1970s, she was diagnosed with what was thought to be terminal cancer. However, perhaps as a result of the New Thought and positive thinking strategies she had learned after joining the Science of Mind (Religious Science) Church, she was able to recover fully.

She was born into poverty in Los Angeles, and she later lived in both Chicago and New York. Her marriage to British businessman Andrew Hay ended in divorce.

Before beginning her writing career, she modeled for Bill Blass, Pauline Trigere, and other prominent fashion designers.

Louise Hay Is A Member Of