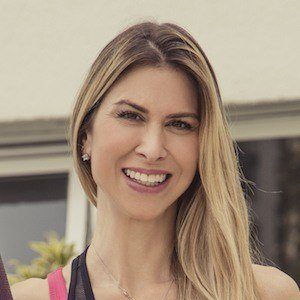 Expert fitness instructor who became the co-founder and brand ambassador of the Dama Fitness team. She was known for having her own website, which featured training and nutritional information and shared her workout techniques on Instagram.

She majored in Pilates and obtained an international certification by Pilates Method Aliance, from Peak Pilates in Spain and also by Polestar Pilates from England.

She was featured on the television program Voce Bonita for her fitness endeavors in December of 2017.

She was born and raised in Brazil. She is a married mother of three boys who can often be seen on her Instagram.

Other fitness models and stars from Brazil include Bella Falconi, Daniela Scarpim, Scarpelly, and Fernanda Sierra.

Luana Fiennes Is A Member Of