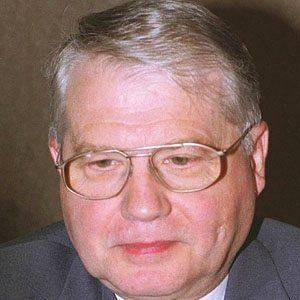 Won the 2008 Nobel Prize in Physiology or Medicine for discovering the human immunodeficiency virus, popularly known as HIV.

Willy Rozenbaum asked him for help researching the cause of AIDS, which at the time was known as "Gay-related immune deficiency."

He was born in Chabris, France.

Luc Montagnier Is A Member Of