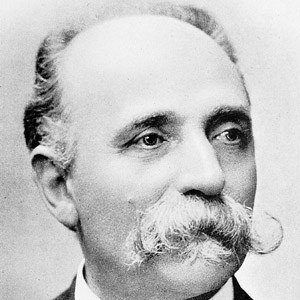 Italian scientist and physician responsible for the discovery of the nervous tissue-related phenomenon known as the "black reaction". He also discovered the sensory organ which came to be known as the Golgi receptor.

He worked at a psychiatric hospital.

In 1906, he earned the Nobel Prize in Physiology or Medicine for his discoveries on the human nervous system.

His father was also a physician.

He and physicist Enrico Fermi are both Italians who have received the Nobel Prize in their respective fields.

Camillo Golgi Is A Member Of