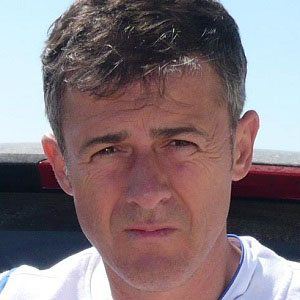 He started managing his home town team of Granada in 1995.

In 2002, he helped Recreativo de Huelva return to La Liga for the first time in 22 years.

His father Felipe Alcaraz was the Secretary-General of the Communist Party of Andalusia.

He has managed Spanish defender Juanfran at Levante.

Lucas Alcaraz Is A Member Of