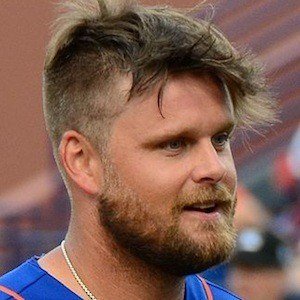 Outfielder and first baseman known for his patience and raw power at the plate who made his MLB debut in 2010 for the New York Mets. He helped the Mets reach the World Series in 2015.

He graduated from Arlington High School in California.

He played college baseball at USC.

He has two siblings, a brother named Justin and a sister named Emily.

He cracked a game-winning walk-off single off Padres reliever Heath Bell in 2011.

Lucas Duda Is A Member Of