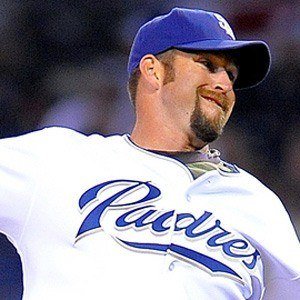 Relief pitcher who was selected to his first All-Star game in 2009, the year he led the National League in saves with 41.

He pitched at Rancho Santiago College in California.

He was signed by the New York Mets as an amateur free agent in 1998 and debuted with the team in 2004.

He has four children: Reece, Jordyn, Jasmyne, and Rhet.

He replaced legendary reliever Trevor Hoffman as closer of the San Diego Padres in 2009.

Heath Bell Is A Member Of