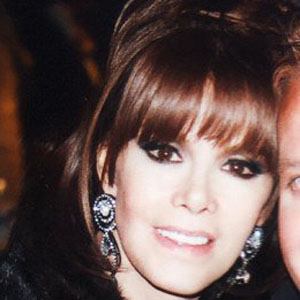 Mexican telenovela star best known for her roles in Tu o Nadie and El Extraño Retorno de Diana Salazar. She is also a model and singer and has produced over two dozen albums.

She began her acting career with several uncredited roles before slowly getting larger parts and eventually landing a role on the successful telenovela Vivana.

With Viviana broadcasts translated all over Europe, she became as big a celebrity in Spain and Italy as well as in her native Mexico.

She was married twice, both marriages ending in divorce.

She co-starred with Eduardo Yanez on the telenovela Marielena.

Lucía Méndez Is A Member Of