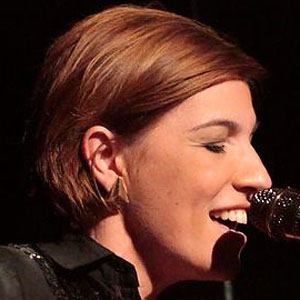 Singer and actress known to American audiences as Aurelia in the film Love, Actually.

She was an exchange student in Minnesota when she was in high school and she sang in the school's choir.

She represented Portugal in the 1996 Eurovision Song Contest.

Her parents were both musicians. She has a daughter named Júlia.

Lúcia Moniz Is A Member Of