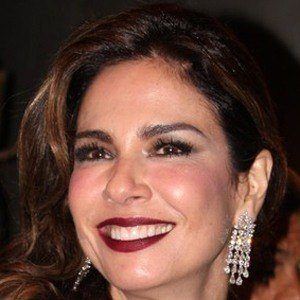 TV host who began working for The View in 2013. She found acclaim when she became pregnant with Mick Jagger's child while he was married to super model Jerry Hall.

Her father threw a six day party at one of his nightclubs to celebrate her birth.

She is fluent in Portuguese, English, French, and Italian. She has over 3.1 million followers on her lucianagimenez Instagram account.

She married Marcelo de Carvalho. They have a child named Lorenzo Gabriel.

Barbara Walters was one of the leading members of The View from its creation in 1997.

Luciana Gimenez Is A Member Of