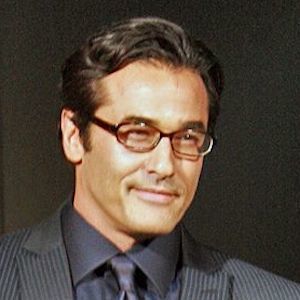 Brazilian model and actor who is best known for his work in a variety of soap operas including the 2015 series Os Dez Mandamentos as well as the 2007 series Love and intrigue.

He began his career working as a model in Brazil. Shortly after getting recognition for his work, he went on to star in his first debut role in 1997 on the series Anjo Mau where he played the recurring role of Júlio Malagoni.

He is the sole actor for the radio station network Rede Record, and has acted in several novel adaptations for radio.

He is the son of Gabriel and Betty Szafir. He married Xuxa and together they have a daughter named Sasha.

As a star on the epic series Os Dez Mandamentos, he has starred alongside other actors including Sérgio Marone, Petronio Gontijo, and Samara Felippo.

Luciano Szafir Is A Member Of