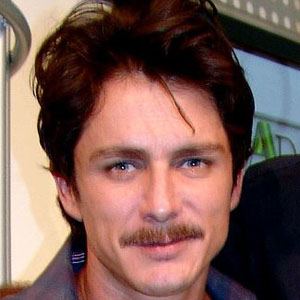 Known for his roles in such television series as Olho no Olho (a soap opera) and Malhação (a program for young viewers), this Brazilian screen actor also appeared in Memorias Postumas, Cristina Quer Casar, and other Portuguese-language films.

In his early twenties, he acted in a film titled O Palco and in a television series called Salome.

He was a student in the theater program at the State University of Campinas (in São Paulo, Brazil).

He was born in the city of Varginha in Brazil's Minas Gerais state.

He and fellow Brazilian actor Ricardo Tozzi both became known for their roles in telenovelas.

Petrônio Gontijo Is A Member Of