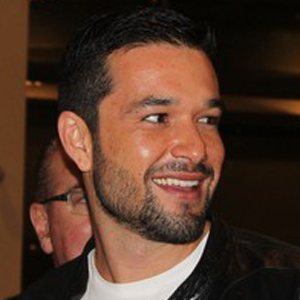 Brazilian film and television star who first rose to fame starring in the 2002 series The Clone. He then went on to star Like a Wave, Watercolors of Love, and Malhação.

Before he began his career in acting, he first studied law and would attend various acting workshops.

He was born to Antonio and Vilma Marone in Sao Paolo, Brazil. He has a sister named Roberta.

In the Brazilian drama Watercolors of Love, he starred alongside Flavia Alessandra who played leading role Dafne.

Sérgio Marone Is A Member Of