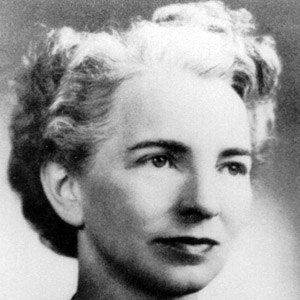 Founder and leader of the United States Cadet Nurse Corps who recruited more than 100,000 women to learn nursing for the war effort in WWII.

She wanted to see the chemistry at work in the human body, not in test tubes.

She created her organization at a time when most of the doctors and nurses were serving overseas, and overcrowded hospitals in the U.S. were turning away patients.

She was born in Lewisburg, Ohio. Her father was a high school principal.

Anna Etherudidge was another heroic nurse; she helped heal soldiers during the Civil War.

Lucile Petry Leon Is A Member Of