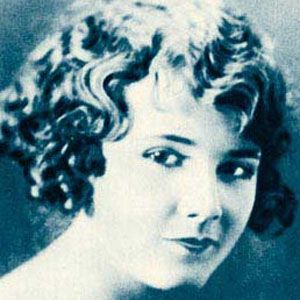 Remembered for her roles in Those Who Dance, The Married Flapper, Human Wreckage, and numerous other silent films of the early Twentieth Century, this child actress tragically died of tuberculosis at the age of fourteen.

She started acting when she was just four years old. At the age of ten, she was cast by Samuel Goldwyn in a series of comedy shorts known, collectively, as The Adventures of Edgar Pomeroy.

In the year preceding her death, she was named one of the Western Association of Motion Picture Advertisers (WAMPAS)' "Baby Stars."

Born Ingeborg Myrtle Elisabeth Ericksen, she grew up in Chicago, Illinois, as the daughter of Danish nationals Ingeborg Nielsen and Samuel Ericksen.

She and English-born actress Dorothy Mackaill were both in the cast of the 1924 film The Painted Lady.

Lucille Ricksen Is A Member Of