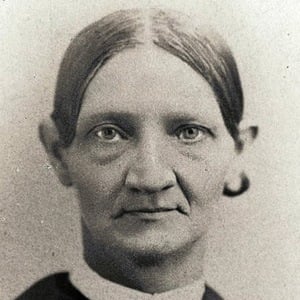 Mormon author whose 1853 memoir, The History of Joseph Smith by His Mother, was based on the life of her famous son.

She was born in New Hampshire. Her father, Solomon Mack, fought in the Revolutionary War.

Her strong religious faith saw her through a battle with tuberculosis.

Her son, Joseph Smith, Jr., was the founder of the Latter Day Saint movement, which became the main branch of the Mormon faith.

Lucy Mack Smith Is A Member Of