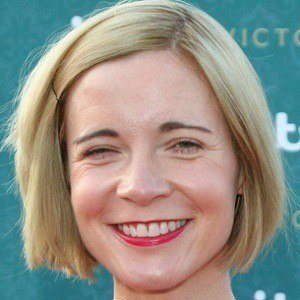 Perhaps most famous as the host of such history-themed television programs as Inside the World of Henry VIII and If Walls Could Talk, she is also known for her numerous publications, which include The Secret History of Kensington Palace (2011) and A Very British Murder: The Story of a National Obsession (2014).

She earned an honors bachelor's degree in history from New College, Oxford University.

She grew up in Reading, Berkshire, England, as the daughter of a geology professor father and an educational consultant mother. In late 2011, she married an architect named Mark Hines.

She and Michael Wood are both prominent British historians and television hosts.

Lucy Worsley Is A Member Of