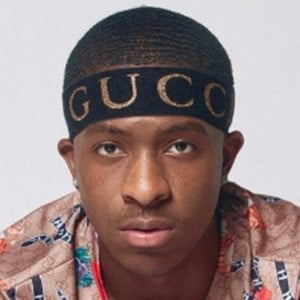 Atlanta rapper who is known for his popular singles "Show You Off", "Swear to God", and "My Name". He is also known for having earned representation from the Kuhnsinity Records label and for appearing on WorldStar HipHop on several different occasions.

He first started experimenting with performing rap music for friends and family at the age of 6. He then started pursuing music seriously in April of 2018 when he released his debut album Notice Me.

He is known for having won the Championship Title on the World Famous Hot 107.0 Battleground Rap Competition in Atlanta, Georgia.

He was born and raised in Atlanta, Georgia by a singer mother from Gambia, Africa.

He was mentored by Aunt Lady B who has mentored other rappers in the scene including Lil Donald.

Luh Dino Is A Member Of