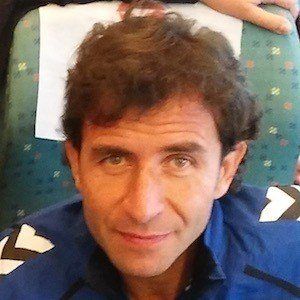 Soccer coach who joined Indonesia in 2017. They came third place in the 2017 Southeast Asian Games. He has more than 600,000 followers on his luismillacoach Insatgram account.

He married María Aspas and together they have two kids named Paula and Luis.

He and Arsene Wenger are both soccer coaches who were normally players.

Luis Milla Is A Member Of