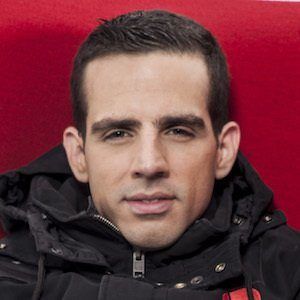 Journalist, actor and television presenter who part of the RCTV series Ají picante. He was later the presenter of the Televen program Detrás de las cámaras and co-hosted a morning show called Vitrina en construccion.

He finished as the runner-up in a singing contest called Duel de Famosos.

He was born in Caracas, Venezuela. He is a father.

He and fellow Venezuelan Osmariel Villalobos have both worked as TV show hosts.

Luis Olavarrieta Is A Member Of