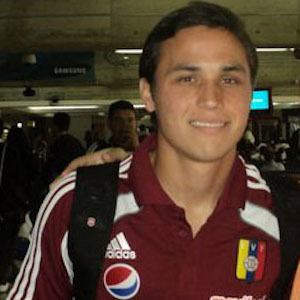 Midfielder who joined Chapecoense in 2017 on loan from Internacional. He has made over 60 appearances with the Venezuelan national team since he joined them in 2006.

His success with the youth group Seijas eventually lead to a three year contract with Standard de Liège in August 2011.

He made 24 appearances and scored one goal in the FIFA World Cup Qualifiers. He has 120,000 followers on his lmseijasoficial Instagram account.

His parents are Fernando Luis Seijas and Monica Gunther. His siblings are Luis Roberto and Daniela Seijas.

He has played alongside Tomas Rincon on the Venezuelan national team.

Luis Manuel Seijas Is A Member Of