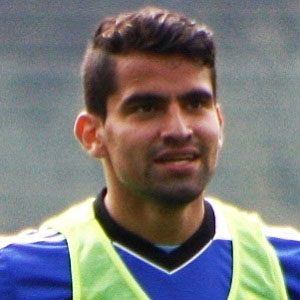 Venezuelan soccer player who has served as the captain of Venezuela's national team. In league play, he has been a member of clubs like Deportivo Tachira, with whom he won the Venezuelan Primera Division title in 2008.

He was named as Adidas' Best Player for of the Copa America in 2011.

He played with midfielder Juan Arango at the 2011 Copa America.

Tomás Rincón Is A Member Of