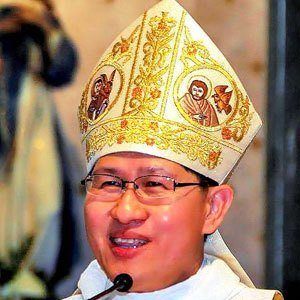 Roman Catholic Filipino Cardinal who was installed as the Archbishop of Manila in 2011.

He earned a Bachelor's degree in Pre-Divinity from Ateneo De Manila University in 1977.

He is only the seventh Filipino to be made a cardinal by the Catholic Church and was brought to tears upon his appointment.

His family was a part of the Filipino Principalía, the country's lowland, hispanic colonized aristocracy.

He was elevated to the cardinalate by Pope Benedict XVI in 2012.

Luis Antonio Tagle Is A Member Of