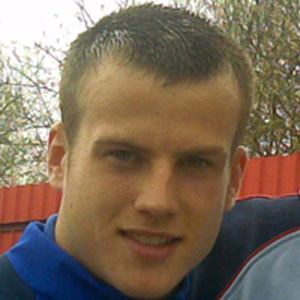 Goalkeeper who joined Barnsley in the Football League Championship in 2008.

He started his senior career on the local side Peterborough United, and then transferred to Manchester United after spending part of 2002 on loan to the team.

He joined Barnsley on an emergency loan in 2008, representing the team in the FA Cup semi-final, and transferred to the team permanently that same year.

He grew up in Peterborough, England.

David Forde was another goalkeeper in the Football League Championship, starting for Milwall.

Luke David Steele Is A Member Of