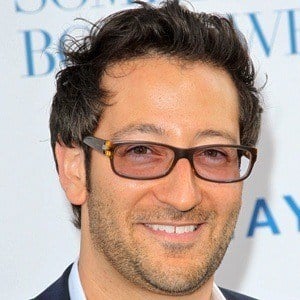 Filmmaker who became most well known for directing the 2004 film The Girl Next Door. He would go on to direct Let's Be Cops, Something Borrowed, and the pilot of Aliens in America.

After studying at the USC School of Cinema-Television, he made his directorial debut in 2000 with the short film The Right Hook.

Outside his directing credits, he co-wrote Let's Be Cops and he produced the 2008 comedy Role Models.

Born in Manhasset, New York, he was raised in Westport, Connecticut. He married actress Sarah Baldwin in 2011.

His feature film debut was with Rob Schneider on the 2001 comedy The Animal.

Luke Greenfield Is A Member Of