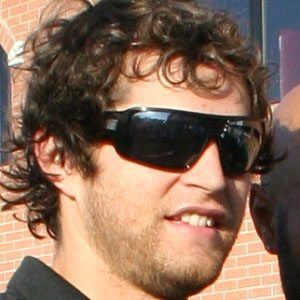 Small forward who played for teams like the Cleveland Cavaliers, Los Angeles Clippers and Miami Heat during his NBA career. He later became the head coach at Northwest Christian University, leading the team to its first-ever appearance in the NAIA Division II National Championship Tournament.

He was named Oregon's Class AAA Basketball Player of the Year twice at Creswell High School. He was a later a two-time First-Team All-Pac-10 selection at the University of Oregon.

He led the NBA D-League in 3-point percentage in 2006-07 and won a D-League Championship with the Idaho Stampede in 2008.

He married a woman named Lindsey, with whom he has a son named Cole.

He was teammates with Emeka Okafor on the U.S. squad at the 2003 Pan American Games.

Luke Jackson Is A Member Of