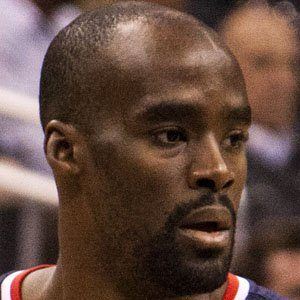 NBA power forward/center best known for his defense. He was selected second overall in the 2004 NBA Draft by the Charlotte Bobcats.

He excelled at the University of Connecticut, leading his team to a National Championship in 2004.

His birth name, Chukwuemeka, means 'God has done well' in the Igbo language.

He married Ilana Nunn in the summer of 2011.

In 2005, he beat out NBA Star Dwight Howard for the NBA Rookie of the Year Award.

Emeka Okafor Is A Member Of